Stephanie Wallace and Kelly Jackson moved out of their Minneapolis home after 25-years because they wanted a bigger yard that they can enjoy when they retire. Loving to garden, their “postage stamp” size yard was no longer meeting their needs. And, they wanted space to spend time with family and friends outdoors, so they bought a house in Eagan with a sizable yard.

Kelly and Stephanie originally called Minnehaha Falls landscaping to bring the grass back to life at the new place with organic lawn care. The previous owners had two dogs, so the yard was torn up. Through their conversation with owner Russ Henry, they learned that MFL also builds patios, an appealing backyard feature that quickly became another top priority! 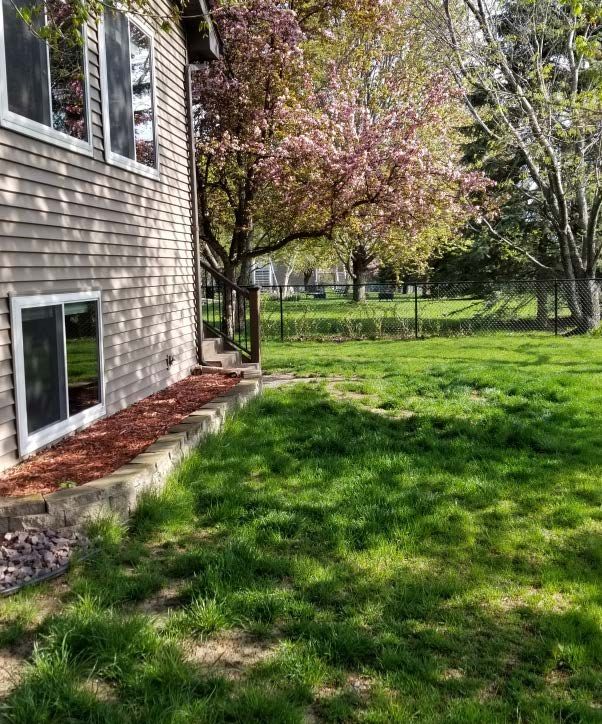 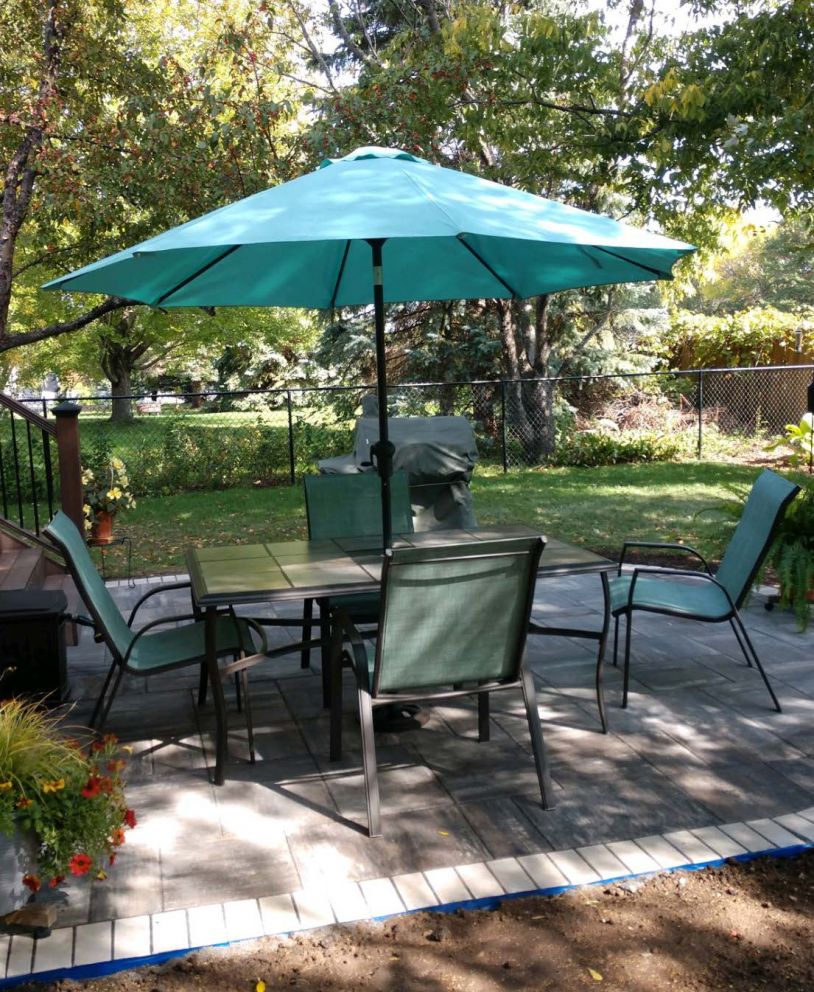 Preparing for the patio became a bit of a challenge because a retaining wall close to the house needed to be removed to create the space. The underground French drain tile system also needed to be removed because it was no longer functional. “We knew it wasn’t going to be easy,” says Stephanie.

The Minnehaha Falls crew removed the retaining wall and the drain tile, and laid new drain tile. Russ connected Kelly and Stephanie with landscape architect Tom Kerby and he took what they refer to as their “vague plan,” and turned it into something better than they could have imagined.

Sod was removed and large patio tiles with a soldier course border were laid in place. Stephanie says, “the artistic detail and precision installation is impressive,” Grass seed was spread to begin the process of restoring the surrounding lawn, and Stephanie and Kelly accessorized the space with potted plants.

These homeowners love their new patio so much that they aspire to extend its beauty with a matching walkway around the house. They’re now calling this project Phase One of a three step process that will include vegetable garden plots, a pollinator habitat to attract bees and butterflies. and potentially, a sought-after greenhouse. Stephanie says, “The MFL crew communicated well with us, and each other, so they stayed on track with the plan, and they were efficient.”

Stephanie says, “The patio has become a relaxing and enjoyable place. And, we have nothing but good things to say about the process, and the crew that made it.” Kelly adds, “Our new patio is perfect, and, we’re spending a lot of time on it talking about what’s next for the yard!”